The writer is a Civil Judge and Judicial Magistrate and works as a Research Officer at the Legal Research Cell of the High Court of Sindh, Karachi. He also holds a Master of Arts degree in Muslim History and has been pursuing LL.D (Legum Doctor) at the University of Karachi, focusing on the comparative study of human rights in Islam and international law during the time of peace and war. He secured 2nd position in the LL.M exam conducted by the University of Karachi in 2016, the highest marks in the Law GAT-II exam in 2015, 5th position in the Civil Judge and Judicial Magistrate exam in Sindh in 2016, Grade-A throughout his Pre-Service Training and Evaluation Program at the Sindh Judicial Academy and 13 certificates and 2 awards of appreciation by the Honourable District and Sessions Judges during his service tenure. 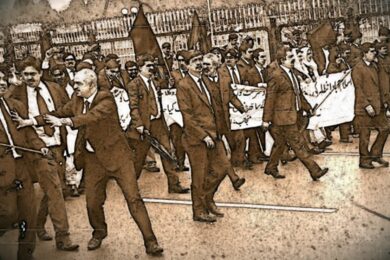 RT @theqanoondan: Whether the court can allow any defendant to continue defending the suit without first making payment of interim maintena… about 7 hours ago
RT @taimur_malik: Thank you Arshad Nadeem 🙏🙌🇵🇰 https://t.co/NAua0xVtwu about 19 hours ago
RT @reema_omer: Should CJP alone have the power to recommend people who are considered by the Judicial Commission for appointment to SC? A… about 1 day ago
RT @HasnaatMalik: Supreme Court held that tax tribunals must proceed ex-parte to decide the cases on basis of available records rather than… about 1 day ago
RT @KamranAdilPSP: The Federal Shariat Court of Pakistan has declared that 'forced marriages of girls in the name of compensation of murder… about 1 day ago